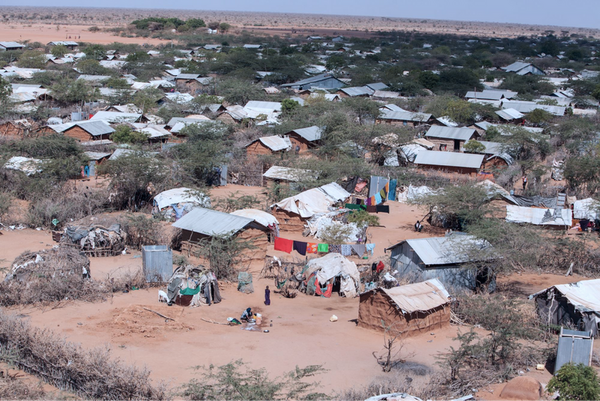 2 August 2022
INSO’s monitoring mission in Kenya supports aid worker safety by maintaining an overview of the country’s security in the central, north and north-eastern regions.

Through monthly reports and on-demand support, INSO in Kenya is helping NGO staff safely distribute assistance to thousands of people in need.

INSO Kenya was first established in 2012 as a full-scale platform. In 2018, it transitioned to a monitoring mission as part of our Horn of Africa platform. Like all INSO platforms, it was formed on request from NGOs working in the country. Before INSO’s arrival, coordination of NGO activities and information sharing was limited mostly to informal networking. This meant that humanitarian operations often carried significant risk, as humanitarians acted on very little safety information – sometimes none at all.

“In the past, NGOs would operate by just going in without any information. They were putting themselves at fairly high risk usually,” reflects Jussi Uusitalo, Regional Security Manager for Finn Church Aid, who has been working in Africa for several years.

“There was no centralized communication, there was no specific agency that was working toward sharing information. INSO filled this gap by centralizing the information,” says Jacob.

“Al Shabab is still active along the Kenya-Somalia border, primarily targeting security forces, while cases of harassment and intimidation of local communities are also being reported,” explains Stephen Kayongo, our Head of Mission in Kenya. “The conflict that we see throughout the country is also exacerbated by socio-economic challenges such as unemployment, politics, COVID-19, drought and resource scarcity. Amidst this environment, we are working to ensure that NGOs working here have the information they need to operate safely.”

There are two counties in Kenya where high levels of need intersect with significant insecurity: Turkana in the north and Garissa in the northeast. More than 400,000 people live in semi-permanent settlements in or around the sprawling Kakuma and Dadaab refugee camps in these counties. These camps first emerged in 1991, when escalating conflict drove hundreds of thousands of people across the border from Somalia, Ethiopia and other surrounding countries to settle in these camps and other parts of Kenya.

Dadaab lies just 98 kilometres from the border with Somalia and experiences frequent attacks and threats from organised armed groups. Yet even though residing in these camps is a precarious life, these refugees have few alternate options.

“People here need food, they need treatment, shelter, medication,” explains Jacob, who covers Dadaab. “And everything must be done by humanitarians under the guidance of Refugee Affairs Secretariat in collaboration with UNHCR. We cannot stay away, despite the insecurities. But this is also why we needed to share information and coordinate. We have to somehow monitor what is going on.”

The future of these city-like camps is unclear. In March 2021, the Kenyan government announced the closure of Kakuma and Dadaab. Later that year, however, the government reaffirmed its commitment to offer protection to refugees in agreement with the United Nations convention on refugees. As of July 2022, these settlements are still inhabited.

The future is uncertain for people living in camps in Kakuma and Dadaab, Kenya. CREDIT: Baz Ratner, Reuters

The Kenyan government continues to examine resettlement or other solutions, while the humanitarian community continues to advocate for a safe and inclusive process if the closures do go ahead. For the people still living in these camps, many of whom are refugees, life holds many uncertainties. For now, they remain almost entirely reliant on humanitarian assistance. And NGOs rely on INSO’s context analysis and security advice to deliver this assistance safely and ensure program continuity by facilitating access through sharing of information.

When asked about the risks to aid worker safety in Kenya, Jussi says that it is the risk of danger that most concerns him. “There is always the fear that something could happen,” he says.

Communal violence represents a serious – though low-frequency – threat to NGOs. Transit attacks in Marsabit, Turkana, Samburu, West Pokot, Isiolo and Baringo counties occasionally force humanitarians to reroute or adjust their field movements. Roadside ambushes, improvised explosive device (IED) explosions and other attacks are a more significant threat for NGOs which risk being close by when these attacks occur.

Additionally, the risk of kidnappings and abductions is very real, especially along the Kenya-Somalia border. Again, while NGOs are not the primary target, there is collateral risk associated with kidnap for ransom or abduction by suspected OAG groups.

“The main issue would be ‘wrong place, wrong time’. This is one of the main things we’re concerned about,” says Jussi.

Stephen elaborates: “While government actors appear to be the primary targets of these kinds of attacks, NGOs face being collaterally involved. This is a particular concern where their movement requires by law the use of police armed escorts. This is why we advise our partners to liaise with local security authorities for up-to-date information before field missions. The use of INSO data available in the Conflict & Humanitarian Data Centre is also helping our partners to make informed decisions when planning the delivery of services.”

This small mission has had a big impact over the last ten years. “Our operation would have been difficult without INSO’s support,” shares Dagane Muhamed, Safety and Security Officer for Wildlife International Kenya, “since most of our staff are not local so do not have local knowledge. Through INSO, all our staff get updates and advisories on the security situation in areas they are working in.” 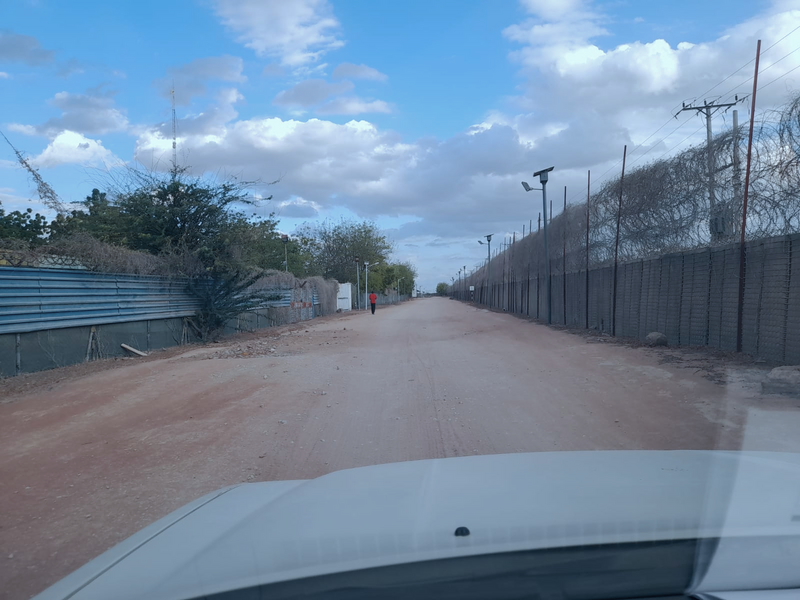 On the road surrounding Dadaab camp.

Dagane also recalls a specific instance where advice from INSO prevented his staff from heading toward danger:

“In early 2020, armed operatives attacked a public health centre, killing four people and damaging a telecommunication mast. The location was close to Dadaab, where we are based, and we had plans to travel from Dadaab to Garissa. INSO provided advisories on these routes, and we postponed our movements until we were advised that it was safe to do so.”

Lucy Kiama, Country Director for HIAS in Kenya, also recognises the improvements to staff safety made by INSO’s analysis and advice. “Safety and security assessments in all our offices, with clear recommendations or improvements, have helped us to enhance our safety and security. We also consult with INSO on an ad-hoc basis and are always able to get guidance on short notice which has helped us to reduce and mitigate risks.”

Since 2012, INSO Kenya has monitored ongoing conflict activity in the country. The program currently supports 151 partners, including NGOs, members of the Red Cross and Red Crescent Movement, United Nations agencies and other international organizations. This mission is supported by the Swiss Agency for Development and Cooperation (SDC) and the European Union (ECHO).