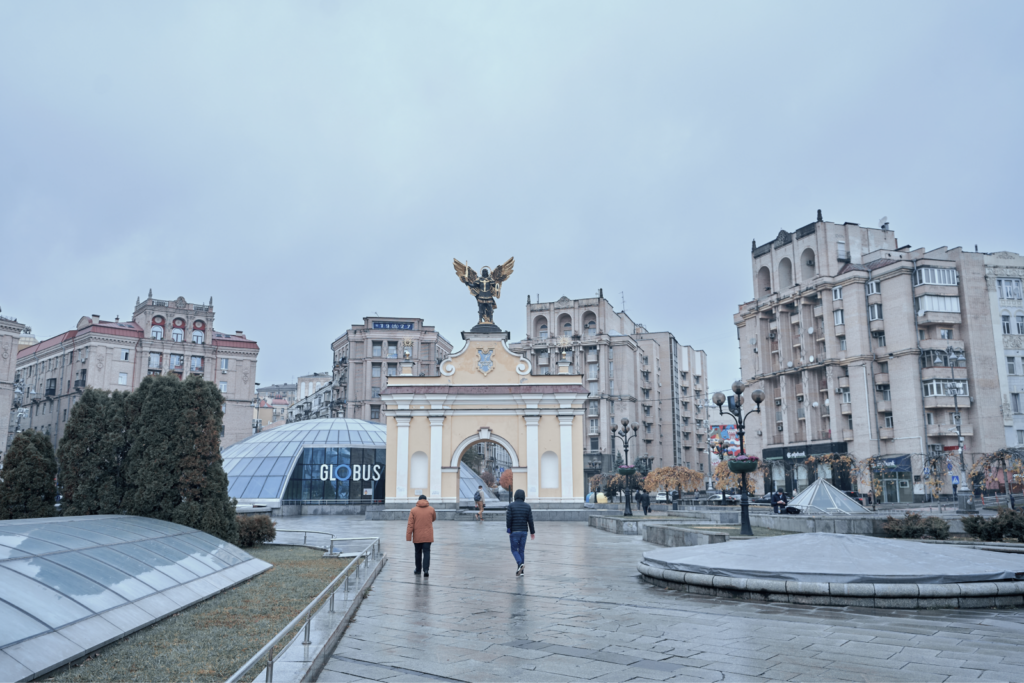 Ukraine: 100 days on, INSO continues to scale up services

3 June 2022
It has been more than three months since the offensive began in Ukraine, and work is ongoing to scale up INSO operations to support the humanitarian response. Despite facing extreme challenges, our Ukraine program has remained operational and available to NGO and donor partners.

The escalation of conflict in Ukraine immediately altered the humanitarian security context, with many organisations relocating their personnel. At the same time, millions of people fled their homes seeking refuge in neighbouring countries or less-affected regions. Ukraine is the fastest-growing refugee crisis since the second world war. Aid is urgently required, but safely reaching people in need requires accurate safety information.

INSO has remained operational and has rapidly expanded its services in Ukraine since the beginning of this most recent offensive. Even while sheltering in air-raid bunkers or having to suddenly relocate amidst missile strikes and shelling, the team focused on ensuring that information reached NGO partners through reports, alerts and one-on-one briefings.

“Our first priority is always the safety of our staff,” says Nick Downie, Country Director for Ukraine. “We are incredibly relieved that all our colleagues are safe and well. Not only that, they carried this operation.”

To Andriy Bryn, Deputy Director, there was no alternative.

“I just thought: ‘It is not possible that INSO – the organization focusing on the safety of aid workers – would not be working at a time like this,’” says Andriy. “It was not acceptable to me. That’s why I was motivating our team to keep together, to keep working through this period.”

These basic services were crucial to NGOs, who were reliant on this information to safely deliver aid. In the early stages of the offensive, the priority was to support the remaining NGOs. Understanding where contact lines were, which roads were still accessible, as well as where strikes were happening, was potentially life-saving information.

Valentyn Onyshchenko, Security Coordinator for People in Need, says in the midst of such a dynamic situation, it was invaluable knowing INSO was active.

“In this rapidly changing dynamic conflict, there is so much information,” Valentyn explains. “You never know how accurate what you are reading or seeing is. It was good to consult with INSO on, for example, what be the best road would be to use, whether an area is safe or if there are landmines or recent shelling. Sometimes I was receiving advice that was as detailed as, ‘OK, turn left. Go right there.’”

The humanitarian situation in Ukraine is staggering. As of late May 2022, the United Nations estimates that around 8 million people are internally displaced, with 6.3 million more displaced outside of Ukraine. An untold number of people are trapped in occupied or conflict-affected areas. An estimated 15.7 million people are in urgent need.

But the newly volatile context made returning to or entering Ukraine a complicated operation for organisations.

“It was very difficult for any agency to get back into the country,” says ECHO Regional Security Coordinator Laurent Canicio. “So I got in touch with INSO, who organised our crossing including arranging our transport to the border. We met Andriy the next day at the border, having crossed on foot. They were waiting for us on the other side.”

The team also assisted in recovering ECHO’s vehicle. ECHO and INSO continue to work closely together. “This has been a success in terms of cooperation,” says Laurent. “I’ll never be thankful enough.”

Other NGOs who are newer to Ukraine needed to quickly understand the security context across the country. With huge amounts of unverified information circulating, receiving credible reports and alerts as well as briefing and advice is supporting NGO staff like Philippe Bonnet, Emergency Desk Manager from Solidarités International, to make informed decisions.

“Information management, timely alert and accurate information collection is a challenge in this context. The analysis provided is always read with attention,” Philippe says.

The team has also remained in close communication with NGOs already established in Ukraine, supporting them to safely access conflict-affected areas.

The program is steadily expanding to meet the increased needs and number of NGOs in Ukraine. Currently, the program is supporting 138 partners including 11 national and 104 international NGOs.

In Kyiv, the country office is fully operational covering the North central region, while newly-opened offices in Lviv, Dnipro and Odesa will cover the West, East and South. The INSO Ukraine program is now covering the entire country, and all standard services will be available by the end of July 2022.

While there is work to be done and the situation in Ukraine remains unstable, we remain incredibly proud of INSO Ukraine’s staff and their dedication.

“By providing fast, accurate information,” says Nick, “I am quite sure that the team helped to save lives.”

INSO Ukraine was established in 2015 to monitor conflict in Donetsk and Luhansk Oblasts. Following the offensive that began in February 2022, INSO has scaled up to a full program. We are grateful to the German Ministry of Foreign Affairs, the European Union (ECHO) and USAID’s Bureau for Humanitarian Assistance (BHA), for their support which has allowed for this expansion.

Committed to Afghanistan: Helping NGOs to stay and deliver