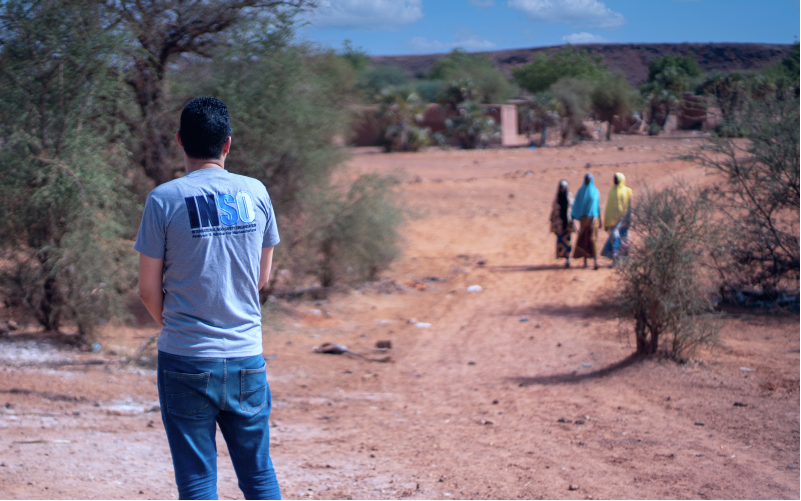 6 October 2022
Around 3.7 million people need humanitarian assistance in Niger, while the deteriorating security situation means access is a significant challenge. Through information, advice and trainings, INSO is supporting NGOs to reach communities.

“To help NGOs be confident of what they can do, and how they can do it.” That’s the goal for INSO’s Country Director in Niger, Yannick Deville. But accomplishing this goal is not as simple as it sounds. Although humanitarians in Niger are not the targets of violence, they are often affected by the security situation – sometimes seriously.

Niger, a land-locked country in West Africa, lies on the fault lines of two major conflicts and subsequent humanitarian crises.

Violence in the tri-border region of Tillabéri has forced around 80 000 people from Burkina Faso and Mali to seek refuge in Niger. This conflict has also displaced around 100,000 Nigeriens.

In the southeast of the country, close to 300,000 refugees and asylum seekers – 69% of them from Nigeria – are also being hosted in Niger as of June 2022. There are also more than 300,000 internally displaced people or Nigeriens who have returned after many years away.

Other displaced people come from countries in the Lake Chad Basin region. Once home to people in pastoral communities, factors including lake shrinkage of 90% in the last 60 years have caused an exploding population as agriculturalists seek to capitalise on the increased availability of land. This is in turn fuelling intercommunal violence and conflict involving several organised armed groups which are active in the region.

Delivering humanitarian aid in this complex environment requires a thorough understanding of the security situation.

“The context is challenging because it is moving so fast. The main challenge that we are facing is the safety of our staff when they are operating in these complex areas that are harder for us to access,” says Laurent Palustran, Country Director for Danish Refugee Council.

Unlike other countries where INSO works, it is very uncommon for NGOs in Niger to be the target of attacks or violence. There have been no recorded incidents in 2022 so far where NGOs have been the target in order to limit or prevent their activities. However, this does not mean that humanitarians can freely work across the country. Yannick explains:

“While INSO has not yet recorded any incidents targeting NGOs because of their mandate this year, we have recorded many attacks against security and government forces. In many of these cases, there have been civilian casualties. This shows that while the risk of targeting might be low, the more serious risk is to be caught up in these attacks.” 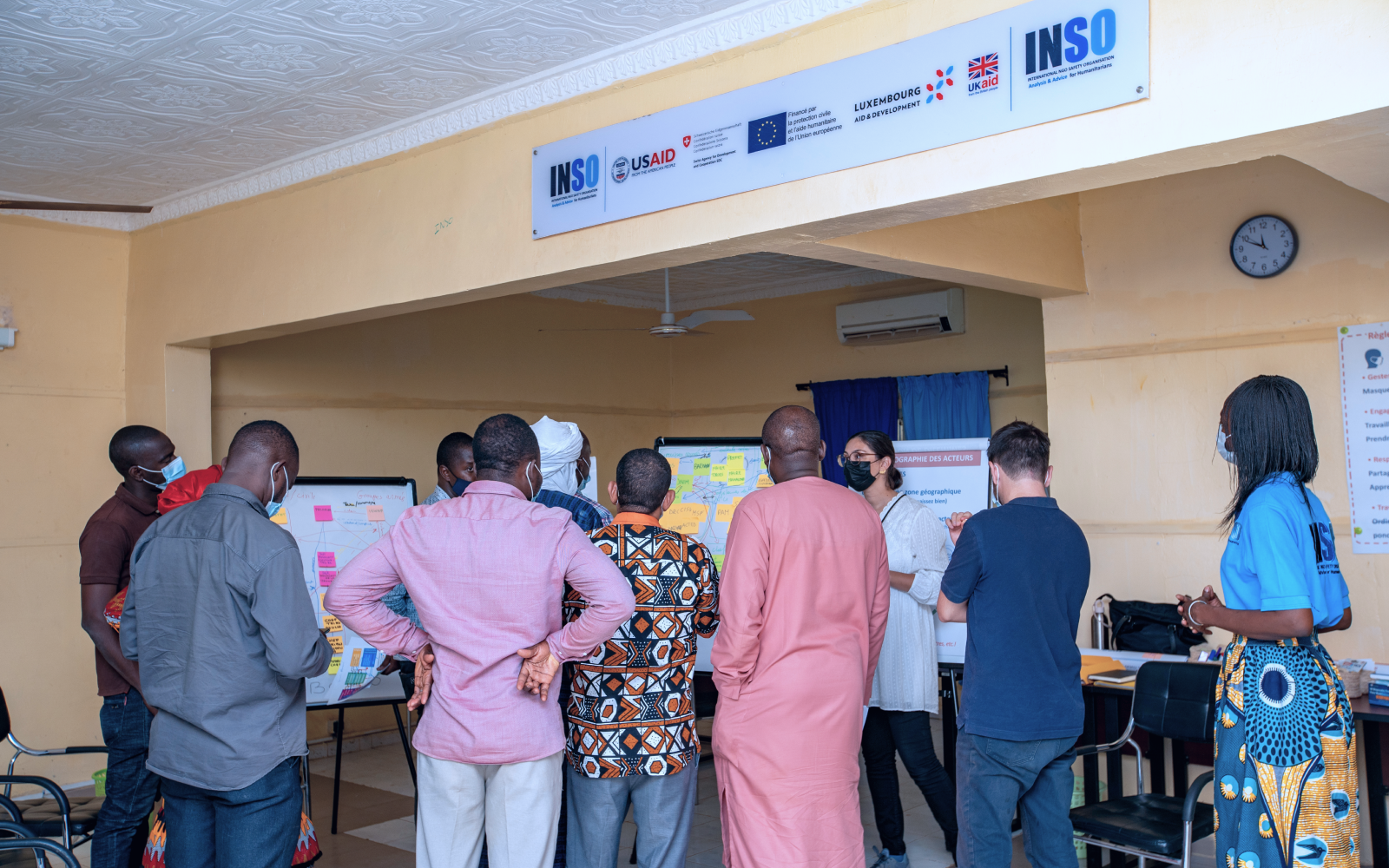 “We need to make sure that we are not seen as a target,” describes Laurent. “Part of this is managing the requests from security forces to escort us in the field. This is really challenging our humanitarian principles and is also a threat to our security.”

While being escorted may seem like a minor inconvenience, there are several reasons why accepting a vehicle escort can be risky for NGOs.

All aid organisations should abide by humanitarian principles, including neutrality and independence. This means they do not take sides and are autonomous from anything other than humanitarian objectives. Accepting an armed escort may be perceived as being in collaboration with this group. This could affect the community’s perception and acceptance of the NGO.

There are also physical safety concerns. Avoiding the collateral impact of attacks against security forces also means keeping physical distance. Since the beginning of 2021, civilians have been involved in 29 incidents in the tri-border area where the initial target was the security forces. More than half of these incidents happened during patrols, convoys or escorts.

But negotiating to avoid an escort is not always easy, which is why INSO is frequently asked to intervene. 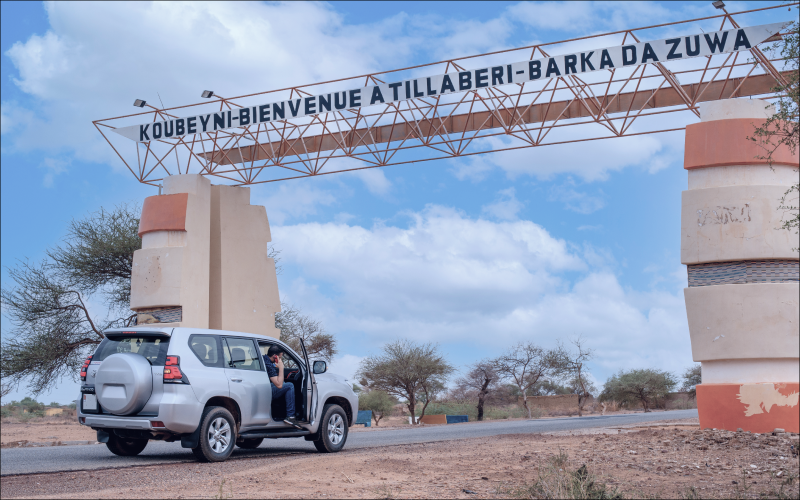 An example of these interventions occurred in July 2022, when Yannick received a call Morena Zucchelli, Country Director of COOPI-Cooperazione Internazionale. She was concerned for the safety of their staff who had been travelling the day before and had met difficulties at an official checkpoint outside Tillabéry.

“The guards at that checkpoint had insisted that the NGO staff be escorted in a vehicle convoy by them,” recalls Morena. “The same staff were heading out the next day, I was worried they would again be requested to accept an escort. So, I called Yannick to ask for his help.”

Yannick connected Morena with his Deputy Safety Advisor who covered the Tillabéry area and had strong local networks, with a good understanding of how to approach the situation.

“The main challenge for NGOs is to understand the context and negotiate humanitarian access with the local authorities and local armed groups,” says Yannick. “To do this, NGOs need good information as well as localized and detailed analysis. They also need to know who to contact which we can help with. We are also in discussion with the national authorities, encouraging them to put humanitarian access in the forefront of discussions they may have with armed actors.”

Looking ahead, the Niger team plans to expand into new areas. Along with Tillabéry, Tahoua and Diffa and at the request of NGO partners, the team is planning to begin monitoring of Niamey city. INSO is also planning to establish operations in Maradi and Dosso. The Country Director for an international NGO focused on health says this is an area where INSO’s support is hugely needed.

“Maradi lies at the border with Nigeria,” the Country Director says. “We have been based in this area for many years and we have recently noticed an increase in insecurity. We also saw in our medical statistics an increase of around 70% of displaced people here from one year to another, which tells us that something has changed but I am wary of simply monitoring incidents with my own tools, without the professionalism of INSO, so I along with other NGO colleagues asked INSO to scope this area.”

INSO plans to open two new sub-offices in the coming months, in Dosso and Maradi.

INSO’s presence in this region and all of Niger is crucial, this Country Director explains, because of what INSO can accomplish in terms of humanitarian safety.

“This is what is so impressive about INSO – the ability to collect and analyse all the security trends in the country in a very professional way. We know that what is being published has been checked three times and is presented in a way that is easy to understand.”

Information on the conflict – such as roads that are safe to travel or areas where recent incidents have occurred – that INSO provides is essential to NGOs in making these decisions. Through flash alerts via email or text, as well as reports and analysis, NGOs receive up-to-date and real-time information on the security situation where they are working.

And partners play a role in this as well, by supplying their information and reporting back to INSO on any incidents. By sharing information bilaterally, all NGOs benefit.

“The arrival of INSO in Niger two years ago has changed the atmosphere of humanitarian actors, and for all humanitarian NGOs it is an asset to be able to count on INSO’s advice, support and information,” shares Morena Zucchelli, Country Director of COOPI-Cooperazione Internazionale.

INSO Niger has been fully operational since 2020 and currently serves 99 humanitarian orgainisations from its country office in Niamey, field offices in Diffa and Tillabéry and sub-office in Tahoua. INSO’s work in Niger is made possible through the support of the USAID’s Bureau of Humanitarian Assistance (BHA), the European Commission, Luxembourg’s Ministry of Foreign Affairs, the United Kingdom’s Foreign, Commonwealth & Development Office and the Swiss Agency for Development and Cooperation.