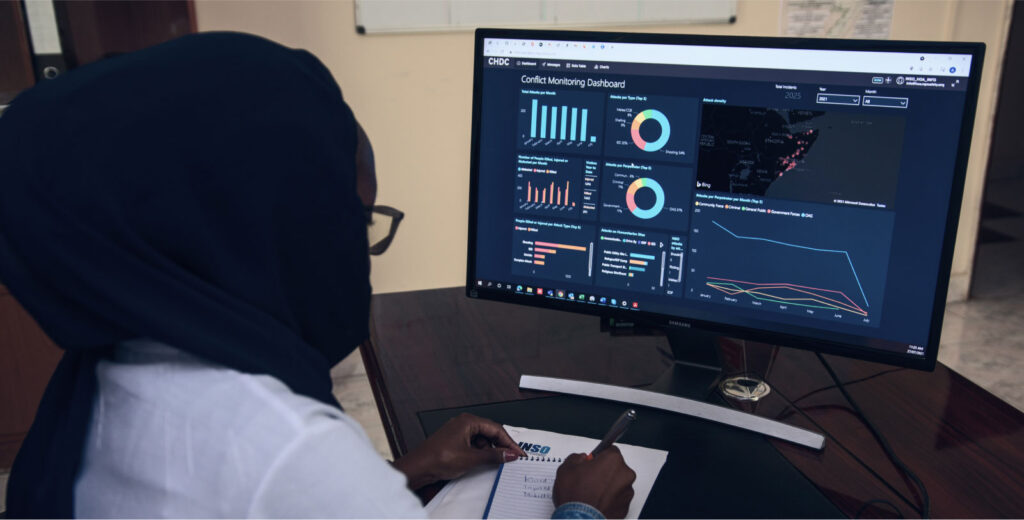 4 April 2022
The Conflict and Humanitarian Data Centre (CHDC), a comprehensive database focused on humanitarian safety and security, has launched across several high-risk countries.

“We are thrilled to make this resource available to our partners. Reliable field data has been the missing link of NGO safety for over a decade and we believe it will significantly improve the evidence base for policy, research and daily operations,” says INSO Executive Director Nic Lee.

Launching against the backdrop of increased calls for standardised data, CHDC represents an important milestone in the protection of aid workers. It builds directly on the Outcome Document of the European Union and United Nation’s Discussion Series in 2021 on this issue.

This first phase will see this database become available across eight of the 14 counties where INSO operates, providing instant access to over 1,000 operational organisations. The remaining countries will become available later in 2022.

Despite this milestone launch, however, there is more work to be done.

Speaking at the recent European Humanitarian Forum, Nic highlighted that while INSO’s network of field platforms and the launch of CHDC represent significant advances towards the goals of the Discussion Series, both only cover a limited number of countries.

If the international community truly seeks to live up to the commitment to protect aid workers, “there needs to be a serious discussion on the scale and scope of these resources” Nic said.

He called on donors to join INSO in an operational meeting in the second quarter of 2022 to discuss this challenge.

A project five years in the making, CHDC has been supported by humanitarian funding from Directorate-General for European Civil Protection and Humanitarian Aid Operations (DG ECHO) and USAID Bureau for Humanitarian Assistance (BHA), as well as the foreign ministries of Canada, Germany, the Netherlands, Norway, Switzerland and the United Kingdom.

Access is restricted to INSO’s registered partners, and you can find out more about INSO’s services and how to register at NGOsafety.org/our-services.

Discussion: Monitoring the Protection, Safety and Security of Humanitarian and Medical Workers in Armed Conflicts