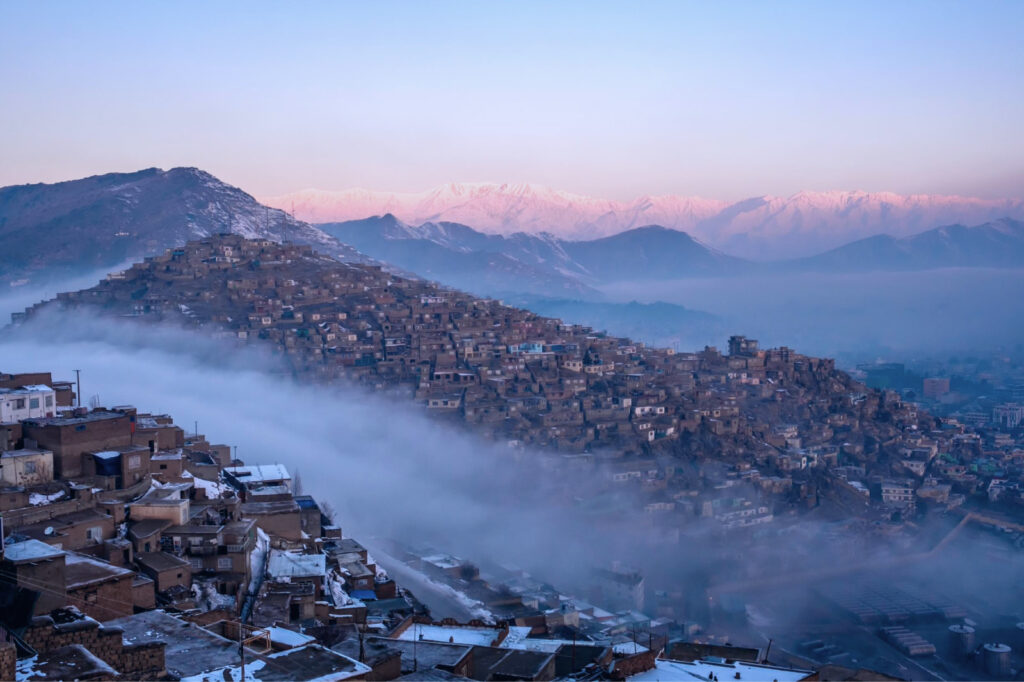 Committed to Afghanistan: Helping NGOs to stay and deliver

30 November 2021
With significant humanitarian needs remaining across Afghanistan, aid organisations are focussed on staying and delivering their programmes.

Two-thirds of a million people in Afghanistan have fled their homes this year alone and it is estimated that an economic crisis could push 97% of Afghans into poverty by mid-2022 (OCHA, UNDP).

“Aid organisations are working around the clock to meet those needs, and it is vital their teams remain safe and secure so they can deliver their programmes with confidence.”

Boys look over Kabul. It’s estimated that an economic crisis could push 97% of Afghans into poverty by mid-2022. Credit: K. Hendricks/INSO

In August 2021, Afghanistan witnessed a change in government, with the Islamic Emirate of Afghanistan (IEA) now in power. During this period many organisations suspended their programming and the airports across the country were out of action.

INSO Afghanistan remained in place and operational throughout the period.

“We are committed to Afghanistan,” says INSO’s Strutinschi. “Throughout this year INSO teams have continued to deliver our vital safety services to our more than 280 local and international NGO partners across the country.”

“Although we have seen a drop in incidents impacting NGOs in the last few weeks it’s important that organisations remain alert to potential risks as the context continues to evolve.”

In September this year, just five NGO incidents were recorded – down from an average of 19 for the first seven months of the year (INSO). This drop reflects a dramatic reduction in conflict activity, as well as reduced NGO movement for several weeks from mid-August.

October, however, recorded 15 incidents indicating that risks do persist for NGOs operating in Afghanistan, particularly criminality and road insecurity. These trends are also reflected in the number of security incidents recorded by INSO. 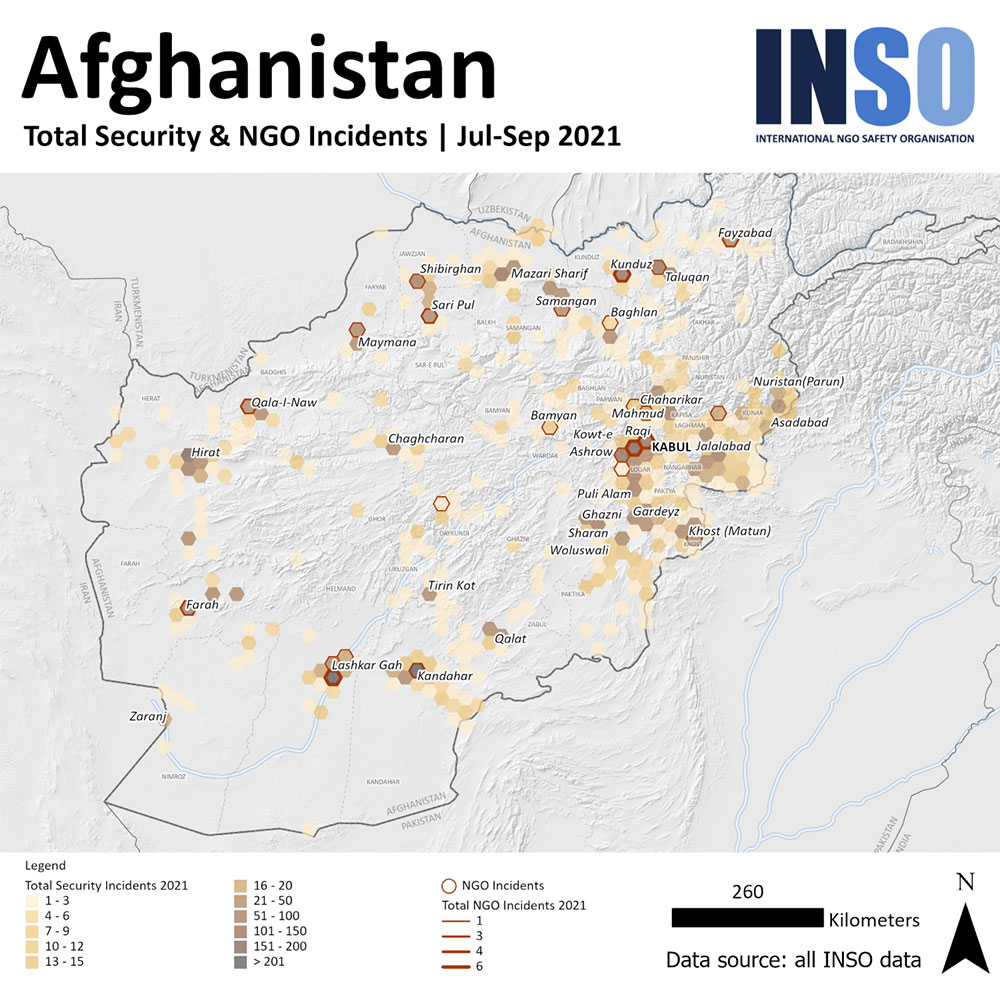 Strutinschi explains: “Over the past few months, we received numerous requests from NGO partners enquiring about the safety of roads throughout the country as they sought to find new routes to access their programmes in remote areas without the same range of internal flights.”

Before the change in government, Action Against Hunger (ACF) had been planning to expand to Badakhshan in the north-east of Afghanistan, which borders China, Pakistan and Tajikistan. Even prior the recent changes, more than 50% of the population of Badakhshan was considered in need of humanitarian assistance and those needs have only grown (HNO).

As soon as they were able to resume programming following the change in government, ACF teams restarted their expansion efforts.

Mike Bonke, ACF’s Country Director in Afghanistan explains: “We saw that there’s huge humanitarian needs in Badakhshan. It is one of the more remote areas to get to and before the events of 15th of August we were using mostly UNHAS and PACTEC flights to get to these areas.”

After the change in government, no flights were available for a significant period and so the team were required to travel to Badakhshan by road, a route that was previously seldom used by NGOs.

“Since we only closed our previous office in that location a few years ago, we still have some contacts in the area. But our humanitarian access department thought it would be good to consult with partners about the current security situation and that is why we contacted INSO for support.”

Bonke expands: “We asked INSO for security assessments, road conditions and any partners that might be either working in the area or would be available to give us further information regarding their projects and community engagements that they’re doing there.”

The feedback that our team got from INSO was useful and it really gave us a good start for making our own security assessment for the area.

“We always write our own security assessments because although we’re very happy with the work and reports from INSO, you always need to translate that into your own organisational capacity and appetite for risk,” concludes Bonke.

Today ACF have begun vital programming in the area, supporting the most vulnerable with health and nutrition services.

As the context continues to develop, INSO will continue to support NGOs who provide much needed services in the most remote regions of the country.

In 2011, INSO Afghanistan evolved from the Afghanistan NGO Safety Office which was the world’s first NGO safety platform. Today we provide services across the entire country and are gratefully funded by the European Union (ECHO), Swiss Agency for Development and Cooperation (SDC), UK Aid (FCDO), the Norwegian Ministry of Foreign Affairs, and the German Ministry of Foreign Affairs.

Discussion: Monitoring the Protection, Safety and Security of Humanitarian and Medical Workers in Armed Conflicts